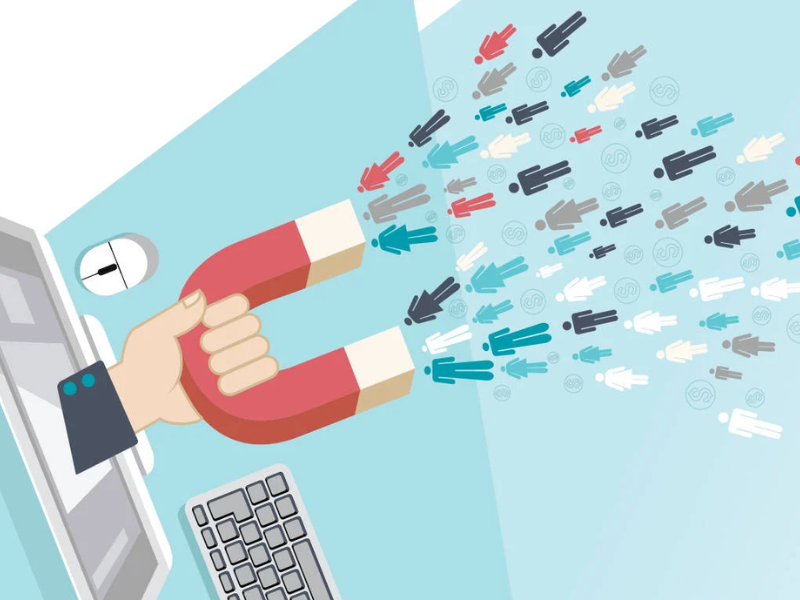 On advertisement-driven platforms such as YouTube, mobile games and social media, it is common to come across an advertisement for foreign exchange (forex) and derivative trading apps. In recent months, certain forex apps have upped the game by employing local influencers for promotional work.

While influencer marketing itself is not a crime, influencers (who may not have financial qualifications) were used to mislead the public by portraying forex trading as an easy moneymaking investment, promising returns in 24 hours. What makes matters worse is the undeniable power of influencer marketing in this day and age. According to Rakuten Marketing’s 2019 Influencer Marketing Global Survey, 80% of consumers have purchased something based on an influencer recommendation.

Checks on social media also show that people with no prior knowledge of forex trading have dabbled in it and lost money. Some have fallen prey to scams through self-proclaimed “brokers”, who tend to promote themselves on social media sites. The concern here, however, is the inner workings of social media platforms that allow unlicensed financial apps to carry out sponsored advertising campaigns on platforms such as Facebook and Instagram.

A 2021 survey by the SC found that the majority of Malaysian respondents have a low level of awareness and knowledge of capital market products. In particular, there is a misconception about the level of risks and returns, as respondents generally have unrealistic expectations of investment returns. This, coupled with the low level of financial literacy, is likely to cause investors to be more susceptible to unlicensed investment activities and scams.

Checks by Wealth on the SC website show that most of the advertised forex or binary derivative trading apps are on its investor alert list for not being licensed or approved to operate. Most of these apps are also domiciled offshore.

“Any entity that carries out unlicensed capital market activities in Malaysia, including unlicensed derivative trading, is considered illegal and will be in breach of the securities laws. This is irrespective of them being approved in other jurisdictions.

“In the circumstances and towards investor protection, the SC takes appropriate actions including enforcement under the securities laws against these entities,” says the SC in an email interview.

On top of securities laws, self-regulation practices among players in the communication and multimedia industry are encouraged to protect investors against misleading advertisements. This is known as the Content Code, which is a set of guidelines outlining best practices and ethical standards of content disseminated to audiences.

However, the reach of these self-regulations is only applicable to local content hosted in Malaysia. Online platforms such as Facebook or YouTube, which are hosted overseas, do not directly fall under their jurisdiction, says Mediha Mahmood, executive director of the Content Forum.

She adds that social media marketing conducted on these overseas platforms has its own community guidelines that set its standards or terms of service. Hence, the review mechanism used for content moderation differs, as it depends on the social media platform’s policy.

“For example, on each social media platform, there are self-regulation tools such as the ability to lodge reports. If you have identified irresponsible or unethical advertisements online, you should report them as soon as possible. Should it be against the relevant community guidelines, the content will be taken down,” Mediha says.

Carliff Rizmal Carleel, head of influencer marketing at one of the leading digital advertising providers, Innity Sdn Bhd, says influencer regulations and guidelines are typically only practised by influencer marketing companies like themselves. Innity’s Passionation makes it a point to take an objective approach to each client, ensuring that the products offered to consumers are not harmful.

The problem, however, is when companies approach influencers directly. Carliff says influencers who are not well versed with the potential risks of collaborating with unregulated companies may be persuaded by the payment offered.

“In general, everyone needs to be aware that anyone can post anything online. Social media has basically turned every individual into a broadcasting house. Anything that attracts eyeballs will also attract advertisers,” he says.

Influencer marketing, a force to be reckoned with

With great influence comes great responsibility. Innity’s Carliff says while it may not be wrong for someone who is unfamiliar with a brand or product to promote it, the product needs to be legitimate. Usually, brand owners/promoters would prefer to work with influencers who relate closely to the brand’s own category, as the content will no doubt resonate better with the audience via subject matter experts.

However, Carliff says it’s common nowadays to see other brands engaging with influencers, regardless of their expertise, as long as they have a huge following.

“Advertising has always followed where the eyeballs are. Now, with social media, it has evolved into platforms where those who are passionate and able to create their own media channels can monetise this and build their very own career. Marketing dollars are trickling down to more than just the agencies and publishers, which is brilliant!

“But with that kind of inclusivity, more education, responsibility and due diligence needs to be taken by each influencer, especially those who choose to engage with brands directly.”

The issue here, he explains, isn’t focused on financial background. “For example, we’ve seen celebrities from the music world (without financial qualifications) work with banks before. It’s more about: ‘Is it right to endorse a product that’s been clearly marked as questionable by the regulators?’”

In terms of tainting the reputation of financial influencers, Tang says these acts by forex trading apps may tarnish the community a little. However, with a little work, most people will be able to discern between those who are responsible content creators and those who aren’t. Ultimately, each content creator will be judged on his or her own merits.

“In the influencer space, it’s going to be extremely tough to regulate. I hope that those with followers will ask themselves serious questions before promoting or endorsing anything: ‘Is this suitable for my audience?’, ‘Am I asking people to take on risks they can’t manage?’ or ‘Is this causing harm to people who look up to me?’”

Taking into consideration the power of influencer marketing, Mediha says the Content Forum encourages the growth of this type of marketing by advocating for it to be done ethically — similar to all other forms of traditional advertising and marketing communications.

The danger, however, is when brands use influencer marketing to do things they cannot do or advertise via traditional platforms, thinking that the advertising guidelines don’t apply to influencers when, in actual fact, they do.

“This irresponsible practice not only puts consumers at risk of being exposed to misleading ads, but the influencers themselves are also potentially risking their reputation and might even be held liable for the claims that they make in their content,” she says.

“We continuously raise awareness among influencers that their paid posts are recognised as advertisements and, thus, they need to comply with advertising guidelines.”

Tang’s advice is that people should adopt a more patient approach when purchasing investment products, instead of putting money in them just because an influencer has endorsed it.

“Study the product, read reviews, understand what it really does and how it makes money. Ultimately, you might not even decide to sign up for the service, but learning about new products and technology is good for your own knowledge. With a little patience and homework, I think people can make good decisions for themselves,” he says.

From the regulator’s perspective, the SC says it recognises the importance of advertising and promotional activity, as it forms an integral part of the developmental effort within the capital market.

As for quick capital gain investment instruments like forex, in Section 3, under Part 5 of the Malaysia Code of Advertising Practice, the advertiser needs to ensure that the public are fully aware of the consequences of responding to the advertisements on financial services and products. The consequences should be clear (and not misleading) and must not take advantage of people’s inexperience and gullibility.

Part 3, paragraph 9 (Advertisement on Financial Services and Products) of the Code provides that any advertisement for financial products and services must comply with all legislation, rules, guidelines and regulations laid out in the Code.

“Failure to adhere to the Code will result in the withholding of advertising space and withdrawal of trading privileges from advertisers. Besides that, an advertiser’s reputation can be severely tarnished if it is seen to be breaching the rules designed to protect consumers,” says Mediha.

“This is enforced by ASA Malaysia, which may publish details of the outcome of investigations it has undertaken. In case the advertisers and media owners persistently break the Code and refuse to work with ASA, then ASA will refer them for further action to other government bodies.”

The Content Forum, too, has regulations in place for advertisements. For example, in Part 3 of the Content Code, paragraph 4.9, it is made clear that: “Advertisements shall not contain or refer to any testimonial or endorsement, unless it is genuine and related to the personal experience over a reasonable period of time of the person giving it.”

Under Part 3, paragraph 6.3 of the same code, the rules of disclosure are also made clear. Whenever influencers are posting something under a commercial arrangement, it “shall be clearly disclosed as being done in exchange for payment in cash or some other reciprocal arrangement in lieu of cash”.

Disclosure is an important tenet in ethical advertising, says Mediha, and influencers are urged to practise it.

“If there is a breach of the code, the advertisers will be issued a written reprimand, or receive a fine not exceeding RM50,000 and/or require removal of the content or cessation of the offending act. The offending party may also be referred to the MCMC for further appropriate action as may be required,” she says.

Mediha adds that from their understanding, there are no specific bans on forex trading apps and she welcomes any information proving otherwise. The Content Code makes clear that if something is banned in any instrument, it is prohibited.