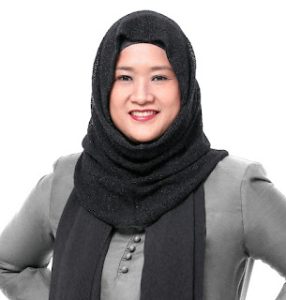 In light of the upcoming election, the Communications Multimedia and Content Forum’s (Content Forum) Executive Director Mediha Mahmood advised Malaysian politicians to be mindful in their campaigning to ensure that their propaganda is both ethical and responsible.

She stated that making false remarks as part of one’s campaign strategy is illegal, and violating the law is also inevitable if a propaganda campaign includes attacks, harassment, defamation or incitement of hate.

These offences can be read in line with the Communications and Multimedia Content Code (the Content Code) as well as the Election Offences Act 1954 (the Act), which can be used against politicians guilty of breaching the statutory requirements.

Section 4A of the Act states that it is an offence for any person who before, during or after an election, “directly or indirectly, by himself or by any other person on his behalf, does any act or makes any statement with a view or with a tendency to promote feelings of ill-will, discontent or hostility between persons of the same race or different races or of the same class or different classes of the population of Malaysia in order to induce any elector or voter to vote or refrain from voting at an election or to procure or endeavour to procure the election of any person.”

Similar provisions governing such acts are also included in the Content Code. Part 2, Section 5.1 prohibits menacing content including that which causes annoyance, threatens harm or evil, encourages or incites crime, or leads to public disorder while Section 5.2 of the same part prohibits hate propaganda.

With regards to false information, Part 2, Section 7.1 of the Content Code states that content which contains false material or incomplete information and is likely to mislead, must be avoided

“When you misinform or outright lie to your constituents or play around with statistics to make things look better when it actually isn’t, this is equivalent to spreading misinformation and false news,” reiterated Mediha.

Mediha also added that one should always take political discourse with a grain of salt, emphasising the need for people to fact-check the assertions of politicians thoroughly.

“However, politicians do occasionally genuinely misspeak or unintentionally give wrong facts, so if you do call them out, maybe they would appreciate it too,” she pointed out, followed by a short reminder that politicians should also be mindful of what they say about their opponents as those who are slandered or defamed may decide to exercise their right to take legal action.

With the growing popularity of social media platforms being used for political campaigning and the increasing use of influencers to spread propaganda, Mediha highlighted the importance of digital literacy among social media users as they need to understand the technical know-how of the Internet to avoid falling for misinformation, and to report incidences that run foul of social media rules.

The public, Mediha said, should feel empowered to call out politicians who violate social media platform’s community guidelines, for example those who indulge in hate speech.

“Politicians are subject to the same social media community guidelines, just like the rest of us and you can exercise your right to report them for offensive posts,” she said, concerning politicians who should be held to the same standards as regular users if they use discriminatory, crude or harassing language.

Mediha further added that a healthy democracy can flourish if everyone, from politicians to voters, conduct themselves ethically, responsibly and with proper decorum.

“This may seem like a tall order but it’s something that we can at least aspire to achieve,” she concluded.

The Content Forum is an industry forum that advocates for the self-regulation of content on the networked medium and has just released the revised Content Code 2022.

Hate speech and the prohibition of false content were some aspects revamped in the Content Code 2022, showcasing the Content Forum’s commitment to maintaining a safe online space for Malaysians.